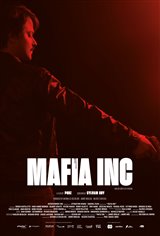 In the mid-1990s, Frank Paterno, a Montreal mafia boss, hopes to legitimize his criminal operations by investing $180 million in an ambitious project: the construction of the Messina bridge, which would link Sicily and southern Italy. But first, he has to recover said amount from his Greek businessman creditor. Frank entrusts this mission to his protégé Vincent, the son of tailor Henri Gamache, who has been dressing the Paterno family for three generations. Vincent's best friend, Giaco, Frank's eldest son, can’t accept that this non-Italian was chosen in his place. However, while the bridge deal is forming, Vincent devises a plan to ship thousands of dollars in drugs from Venezuala to Montreal, using a bus accident and the bodies of dead children as his mules.