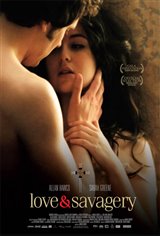 Set In 1969, Love and Savagery is a lyrical story of an impossible love. Geologist and poet Michael McCarthy travels from his native Newfoundland to the west coast of Ireland to study the intricate and stunning landscape of The Burren. But the most beautiful thing Michael encounters is Cathleen O'Connell. Although she is about to dedicate her life to the Church, Cathleen is inescapably drawn to Michael. In a community torn between its traditional roots and its aspirations for the future, the growing affection between the stranger and Cathleen is deeply unsettling.