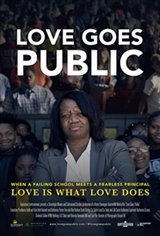 Over a decade ago in a severely impoverished community, a Principal was called on to rescue a critically broken school.

Ten years later, she is now working on her second socially and academically failing high school with a high dropout rate, riddled with crime, drugs, sex and teenage pregnancy.With no resources and very little community and system support, she dug deeply into her faith and her own personal story to turn around both schools.This is the story of Brelinda Sullen, who was a teen mom herself as a result of being raped by an older student.

She grew up in deep poverty in rural South Georgia, with 19 siblings and a bootlegger father. Mrs. Sullen rose out of that world to become an All-American athlete and a powerful presence in the lives of hundreds of teenagers and their families.