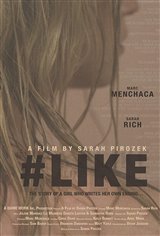 Woodstock teen Rosie (Sarah Rich) is still mourning her younger sister Amelia a year after she committed suicide after being the victim of online abuse from a predatory user.

While checking her social media one night, Rosie discovers a strange comment. Believing it to be from the guy who sexploited and bullied Amanda into committing suicide, she begins interacting with him. Once she's gathered what she believes to be enough evidence to show he's still trolling for victims, she heads to the police station.

Unfortunately, they refuse to get involved, and Rosie is dismayed that her search has been for nothing. That is, until she discovers a local man (Marc Menchaca) who may be the culprit. Rosie decides to take justice into her own hands.