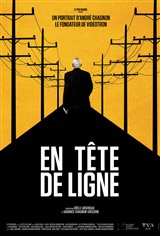 The son of an electrician from Montreal-North, André Chagnon grew up in Quebec during the Great Depression. At 93, he looks back on his personal and professional life, alongside his family, friends and colleagues. Along the way, he evokes the circumstances surrounding the creation in 1964 of Videotron, a cable company that led him to play a fundamental role in the evolution of telecommunications in Quebec.