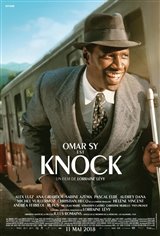 Pursued by a mobster to whom he owes money, Knock leaves Marseilles in a hurry, getting a job as a doctor on a cruise ship, despite his lack of medical training. He enjoys his experience on board and decides to actually study medicine once the cruise ends. He enrolls in a university and upon graduation five years later, he moves to Saint-Maurice, a small affluent town in the south of France, with the firm intention of making a fortune. Soon, the whole village falls under the spell of the handsome doctor, who sees his clientele explode. However, his debts in Marseilles have not been forgotten, and it’s not long before one of his criminal creditors finds him.