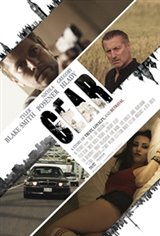 Two British ex-pats must evade a ruthless crime boss as they make their way across Canada. Along the way, both suspect each other of working for the gang. To test his loyalty, Roman asks Nate to do another job for him -- pick up a girl from Montreal and bring her back to Toronto for execution.

Having no choice in the matter, Nate heads to Montreal only to learn that the girl is Zoe...his late wife's little sister.