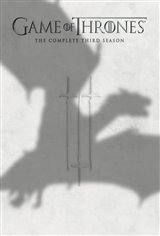 Autumn has fallen across Westeros with the dreaded Winter looming behind it. Instead of the people preparing for the hard years ahead, the Seven Kingdoms remains gripped by civil war. Renly Baratheon is no longer a threat after being assassinated thus altering alliances in the war.

Joffrey Baratheon the cruel boy-king is now in an alliance with House Tyrell after his supporters defeated his Uncle Stannis in the Battle of Blackwater Bay. King Robb Stark continues to fight for independence, however the North is still partially under control of the Ironborn. Robb must decide what to do if he is to secure victory in this war. After marrying Talisa and breaking his vow of marriage with House Frey, he realizes he has to try to get back in their good graces.

Stannis Baratheon, defeated and his army scattered, has retreated back to Dragonstone island. His status as the rightful heir to the throne casts a shadow over Joffrey’s claim to the throne. With Melisandre the priestess still at his side he prepares to alter the course of the war when no one expects it.

Bran Stark and his companions are still trying to reach the Wall, while his sister Arya searches for her mother and brother across the now war torn Riverlands. Meanwhile, Brienne of Tarth is still on her mission to return the captive Jamie Lannister back home to King’s Landing.

Theon Greyjoy is answering for his betrayal at Winterfell. Sansa Stark and Tyrion Lannister are trying to survive what is now a very dangerous atmosphere back at King’s Landing.

Daenerys Targaryen, having fled Qarth with her growing dragons, now looks to build her army and take back the Iron Throne. She heads to Slaver’s Bay to obtain both support and an army at a cost.

Beyond the Wall, White Walkers continue to be on the move, threatening the Seven Kingdoms. The Night’s Watch faces the White Walker threat head on in the field. John Snow continues to infiltrate Mance Rayder and his wildling army in order to discover his true plans.

The third season continues based on events in the first half of George R.R. Martin’s third novel in the series, A Storm of Swords.