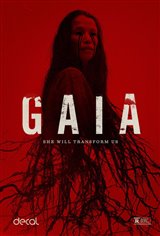 While canoeing along a river, forest ranger Gaby docks to retrieve her drone, whose signal has suddenly stopped. On the path, she sustains a foot injury and is taken in by Barend and his son Stefan, two survivalists. Barend heals her with an ointment he made. The former scientist tells the injured woman how he tried in vain to cure his wife, who was suffering from cancer, with natural remedies. Since then, he and his son are convinced that the spirit of the deceased still resides in the woods. When Gaby develops a bond with Stefan, Barend takes offense. At the same time, a dangerous mystical delirium seizes him.