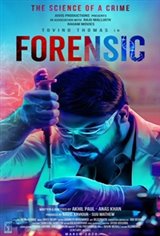 The film opens to the tragic tale of a disturbed 6-year-old boy with an abusive father who transforms into a dangerous teenager, which sets the tone for the plot of the movie.

Samuel John Kaattookaran (Tovino Thomas), a Medico-Legal Advisor uses his forensic skill and creates breakthroughs in the case which has now become a serial killing as further victims are added to the list. Rithika Xavier (Mamta Mohandas) is the investigating officer.

Shikha (Reba Monica John) teams up with Samuel and uncovers evidence that might lead to the killer's identity.