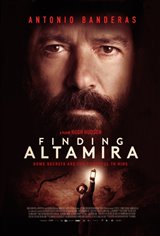 Jurist and amateur archaeologist Marcelino Sanz de Sautuola (Antonio Banderas) and his daughter Maria (Allegra Allen) explore a cave -- the Cave of Altamira -- on their Spanish compound, and find cave paintings which appear to be very old. After careful research, Marcelino discovers that these paintings go as far back as 18,000 years ago, which sparks a controversial debate as to whether prehistoric man had the intellectual capacity to create any artistic expression at all.

Based on a true story, this biographical drama follows Marcelino as he fights to prove the validity of his findings, and as he goes down in history for making one of the most important religious and scientific discoveries of the 19th century.