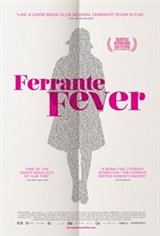 Filmed between Italy and the United States, Ferrante Fever is born from the same passion that devours the readers of Elena Ferrante, the faceless writer". whose novels have sold more than five million copies worldwide. The film is not looking to uncover the truth behind the pseudonym.

Instead, it hopes to discover the secret to her success, the nature of the fever that conquered the world over the course of 12 years. Exceptional witnesses (Hillary Clinton, Roberto Saviano, Jonathan Franzen) provide answers, but so do the writer's own words, and the places and the protagonists in her novels. Ferrante's books have sold more than 10 million copies in over 40 countries, and in 2016, she was one of Time Magazine's 100 Most Influential People.