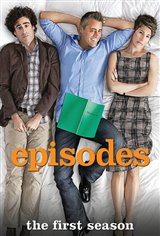 British writing/producing couple, Beverly and Sean Lincoln, have already developed a sitcom that's widely successful in the UK. But when they try to bring the series to America, it quickly becomes a laughable, clichéd sitcom starring none other than Matt LeBlanc, who not only messes with their show but also manages to rock the very foundation of their personal relationship.