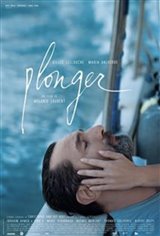 Although the lives of couple Paz Aguilera, a trendy Spanish photographer, and César, a cultural journalist in search of stability, began together began under happy auspices, it soon darkens.

An ex-war correspondent traumatized by his recent captivity in Iraq, Caesar refuses to let Paz go to the Gulf of Oman, where she had planned to complete the last part of an ambitious photographic project initiated in Gibraltar.

Falling into a state where she feels a lack of inspiration, the young artist retreats into herself, following at a distance a shark she "adopted" via a GPS signal transmitted on her computer. Shortly after, Paz becomes unexpectedly pregnant and gives birth to a little boy, whom she doesn’t know how to take care of.

One day, no longer able to cope, Paz leaves her husband and baby, without explanation or any way to contact her.