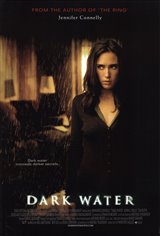 Watch Trailer
It all begins inside Apartment 9F. This is where a single mother, Dahlia Williams (Jennifer Connelly), is trying to make a brand-new start in life. Attempting to escape from a bitter custody battle with her estranged husband, Dahlia moves with her daughter Ceci (Ariel Gade) to a dilapidated, sprawling housing block on Roosevelt Island at the very edges of New York City. Their new home provides little refuge. The rundown tower’s creepy noises, rickety elevator and sinister dark water stains are eerie enough. But Dahlia begins to suspect there is a far greater threat.

Just who or what is it that is playing mind games with Dahlia--and can she trust her own senses when her imagination is also running wild? As Ceci's ghostly encounters and an array of strange occurrences continue to build, Dahlia suddenly must question who she can trust and in what she can believe. But she will stop at nothing to figure out the riddle and protect her daughter--even as the dark water closes in around them.