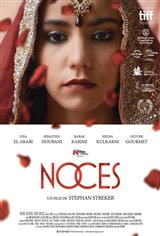 Zahira Kazim, an 18-year-old Pakistani girl living in Belgium, discovers she’s pregnant. She begs her brother to intercede in her favor with their father to let her marry the father of the child. Wasted effort. The family expects her to marry a Pakistani man of their choosing and her father decides Zahira has to have an abortion.

When her mother chooses a husband for her among three young men living in Pakistan, the teenager rebels and, on a whim, takes refuge in her childhood friend who encourages Zahira in her quest for freedom.