A Bluebird in My Heart 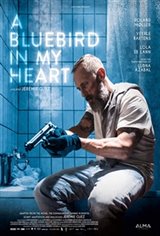 Based on Dannie M. Martin's book 'The Dishwasher', the title borrowed from a Charles Bukowski poem, a surprisingly touching neo-noir thriller about a lost man wrestling with fate. Hardened convict Danny leaves prison looking for a fresh start at a shabby hotel run by a single mother and her rebellious daughter Clara.

Working as dishwasher in a Chinese restaurant, all Danny wants to do is keep his head down. Then Clara is assaulted and the safe peace he found disappears as cracks in his armour emerge, he's forced to face his old demons and blood drips through his hands.