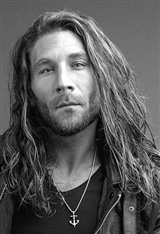 Zach McGowan was born and raised in New York City, the youngest of three boys, and began acting when he was in the second grade. He continued to take acting and drama classes throughout high school, preferring these over other subjects, in which he found he didn’t excel. He was also quite athletic and was the captain of both the football and hockey teams. After graduation, Zach attended Carleton College, where he continued to perform in stage productions. While in college he met his future wife, Emily Johnson.

Zach’s early acting career consisted largely of appearances on television series, such as on the Disney Channel sitcom Good Luck Charlie and CSI: Miami. His breakthrough role came in 2012, when he was cast as Jody Silverman, a tattoo artist and recovering sex addict on the hit drama Shameless, playing the role from 2012 to 2013. He was a recurring character in the second season and then was upgraded to a series regular in season three.

Following the success of this role, Zach went on to play pirate Charles Vane on the television series Black Sails (2014-2016). He also had a recurring role as Roan on the popular series The 100, and played Anton Ivanov, a Russian supervillain, on Agents of S.H.I.E.L.D.

Although a majority of his roles have been on television, Zach has gradually broken into the film business as well. Most recently, he appeared in the movie Death Race: Beyond Anarchy, the fourth installment in the popular Death Racefranchise, and also played the title role in the movie Scorpion King: Book of Souls. He’s a main cast member on the upcoming television series L.A.’s Finest and will appear in the new season of The Walking Dead.

Zach and his wife Emily have been married since 2008 and have two daughters together. In his spare time, Zach enjoys working out and spending time with his family.