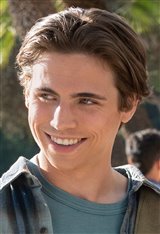 In 2015, Tanner earned a recurring role on the Disney Channel series Girl Meets World, appearing in three episodes as Charlie Gardner. In 2016, Tanner landed another recurring role on The Fosters, an ABC family sitcom. That exposure earned him his first leading role on the series Designated Survivor (2016-2018), where he played Leo Kirkman. During that same time period, Tanner also appearedoin the Nickelodeon comedy Game Shakers (2015-2019).

In 2018, Tanner signed on to play Robby Keene on the Netflix series Cobra Kai (2018-2021). He is best known for this performance, as the show garnered generally positive reviews and has its fourth season slated for a 2021 release. In the interim, Tanner played Cameron in the remake of She's All That, titled He’s All That (2021), alongside Addison Rae.

In his spare time, Tanner enjoys traveling back to his hometown of Ottawa, Ohio for down time. He's also a talented tap dancer and competed nationally as a child.