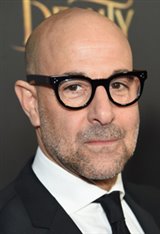 Born in Peekskill, New York, Stanley Tucci graduated from the acting program at State University of New York at Purchase when he was 22 and got his first film role three years later. But he would have to wait another 11 years before his "big night" which would literally come with the film Big Night, a film he not only acted in but also wrote and directed. About getting to make Big Night, an excellent little movie about two Italian brothers and a failing restaurant that's guaranteed to make you... See All