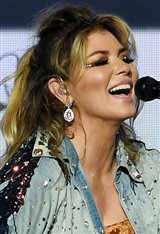 Shania Twain was born Eilleen Regina Edwards in Windsor, Ontario to Sharon and Clarence Edwards. Her parents divorced when Shania was two and Sharon moved with her three daughters (Shania, her older sister Jill and younger sister, Carrie Ann) to the small northern community of Timmins, Ontario. There, she married Jerry Twain, who adopted Sharon's three girls. They also subsequently had a son, Mark. However, Shania remembers years of abuse at Jerry's hands. The abuse was so bad that one time when... See All