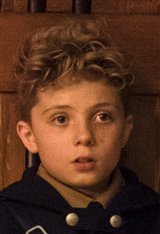 Roman Griffin Davis Roman Griffin Davis is a child actor who was born in London, England. The son of cinematographer Ben Davis and writer-director Camille Griffin, he began auditioning for roles at age nine and landed his first role, which was his feature film debut, in Jojo Rabbit (2019), starring alongside Scarlett Johansson.  Roman has two younger brothers who are twins and an older sister. See All