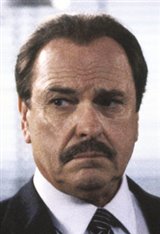 Born Elmore Rual Torn, this Temple, Texas native became an inspiration for others in his family including cousin Sissy Spacek, niece Schuyler Fisk, daughter Angelica Torn (all actresses) and son Tony Torn (actor). After graduating from the University of Texas, Torn entered the Dallas Institute of Performing Arts. Torn had always had an eye for the film industry, hoping to use the money made to purchase a ranch. In the mid '50s, Torn took employment in a variety of odd jobs, including the... See All