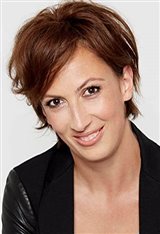 Born in Torquay, Devon, Miranda Hart is the daughter of Captain David Hart Dyke and Diana Margaret Luce. Miranda’s father was the commanding officer of HMS Coventry when it sank in 1982 during the Falklands War. Her uncle is Lord Luce, her grandfather was Sir William Luce and she is a fourth cousin, twice removed, to Princess Diana.

Miranda graduated from the University of the West of England - Bristol with a degree in political science. She went on to complete a post-graduate course in acting at the Academy of Live and Recorded Arts.

She first gained traction as a stand-up comedian at Scotland’s Edinburgh Fringe Festival. She then moved onto the London circuit before finding her place in television in 2001, playing various characters on the Channel 4 comedy series Smack the Pony. She went on to appear in regular roles on shows such as Hyperdrive from 2006 to 2007 and Not Going Out from 2006 to 2009. She also played the role of Tall Karen on the ITV comedy/drama series Monday Monday in 2009.

Miranda is best known for her self-titled sitcom. Miranda debuted on BBC Two in November 2009 and was based on Miranda’s radio comedy show about herself and the awkward situations she found herself in. The show won multiple British Comedy Awards and was nominated for six BAFTA Awards. The final episode aired in 2015.

Throughout her time on the small screen, Miranda continued to work on her stand-up. She was one of the performers at the Queen’s Diamond Jubilee concert outside Buckingham Palace in 2012. She also embarked on her first tour around the U.K. and Ireland in 2014, which was later released on DVD.

And if that isn’t enough, Miranda is also an author. She has written four books, including a semi-autobiography Is It Just Me? (2012), a compilation of scripts from her TV series called The Best of Miranda (2014), her memoir Peggy and Me (2016) and a fun workbook titled Miranda's Daily Dose of Such Fun! (2017).

In 2017, Miranda made her West End debut in the hit musical Annie as Miss Hannigan, saying it was a "dream role." On her website, Miranda recalls acting out all the parts in the musical every day after school when she was a child, saying it’s "crazy" how she’s making her debut in the same show 40 years later.

Miranda has held multiple supporting roles in British films throughout her career and made her Hollywood debut in Melissa McCarthy’s film Spy (2015). She later had a small, uncredited role as a Dew Drop Fairy in Disney’s The Nutcracker and the Four Realms (2018). She most recently played the role of "harmless chatterbox" Miss Bates in Emma. (2020), the big screen adaptation of Jane Austen's classic novel of the same name.

A huge supporter of the charity Comic Relief, Miranda first worked with the company nearly 20 years ago as an assistant. Now she uses her platform as a way to help raise both awareness and money. All the proceeds from her 2017 book Miranda's Daily Dose of Such Fun! went to the charity.

Miranda currently lives in London with her dog/best friend, Peggy.