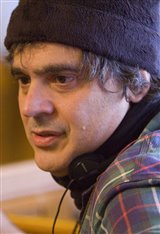 Miguel Arteta was born in San Juan, Puerto Rico. He studied film at Wesleyan University under the guidance of Professor Jeanine Basinger, graduating in 1989. He also completed the MFA program at The American Film Institute. Arteta also participated in the screenwriter's workshop at The Sundance Institute and served both as board member and a juror at the festival. Miguel's first film was the low budget Star Maps (1997). From there he went on to bigger success with Chuck & Buck (2000) and... See All