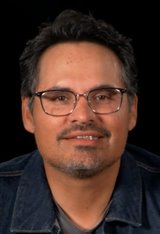 Born and raised in Chicago, Michael Peña began his acting career in the low budget film Running Free (1994), which never made it to theaters. His first big break came when he beat out hundreds of others in an open call for a role in Peter Bogdanovich's TV movie To Sir, with Love II (1996), starring Sidney Poitier. Although he hasn't acquired household name status (yet), Michael has worked steadily ever since, amassing an impressive number of television and movie credits. On television, he's made... See All