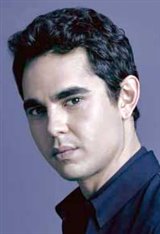 The son of Academy Award-winning director Anthony Minghella (The English Patient) and Chinese choreographer Carolyn Choa, Max Minghella was born in London, England. He trained with the National Youth Theater in London. When Max was 13, Matt Damon gave him a Super 8 video camera during the filming of The Talented Mr. Ripley (1999), directed by his father. The boy toyed with it, mimicking scenes his dad was filming, but realized his heart was set on being in front of the camera. After being an... See All