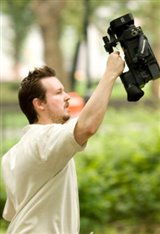 Born Matthew George Reeves in Rockville Center, New York and raised in Los Angeles, the writer, director and producer is best known for his work on films such as Cloverfield (2008), Let Me In (2010) and the “Apes” franchise sequels Dawn of the Planet of the Apes (2014) and War for the Planet of the Apes (2017). Matt displayed a love for movies at a young age. It was in his youth that he became friends with now well-known director J.J. Abrams. Together, the duo would direct their own films,... See All