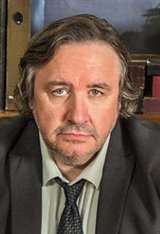 A graduate of the Royal Academy of Dramatic Arts (RADA), Mark began his onscreen career in 1991 with a small guest role as a policeman on the Channel 4 comedy series Desmond's.

He's currently best-known for his starring role as Frank Hathaway on BBC's comedy/crime series Shakespeare & Hathaway: Private Investigators (2018 - 2020). The series is ongoing—a fourth season was interrupted by the COVID-19 outbreak.