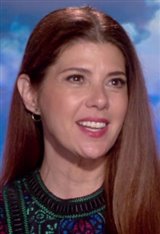 Born in Brooklyn, New York, Marisa Tomei saw the play A Chorus Line at age 12 and gained reverence for the magic of the theatre. During her junior high school years she studied acting and dancing and during the summers she performed in plays at the Golden Bridge Colony in upstate New York. Marisa attended Boston University for one year. That summer she had a six-week career as a waitress. While her father wanted her to return to college, her friend Allison encouraged her to continue... See All