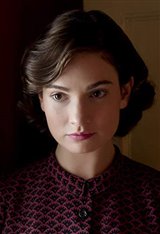 Born Lily Chloe Ninette Thomson in the London suburb of Esher, England, Lily James took on the last name James after her late father, James Thomson, who was a struggling actor and musician himself. She began acting at a young age, following in the footsteps of her father and grandmother, Helen Horton. Horton was an American actress who appeared in a variety of films and TV series including Alien (1979), Superman III (1983) and The Benny Hill Show (1979 to 1986). Lily studied acting at the... See All