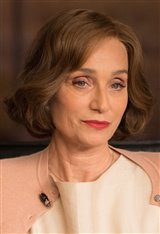 Flying accidents have played a huge role in Kristin Scott Thomas' life. Born in Redruth, Cornwall, Thomas was five when she lost her father in a flying accident when he crashed while flying with the Royal Air Force. Her mother remarried. But when she was 11, her stepfather, also a pilot, died in another plane crash. Years later, Kristin would tap into all that grief when she played Ralph Fiennes' lover in The English Patient (1996), who is later horribly burned in a plane crash. "It is very,... See All