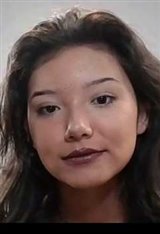 Kiawentiio Tarbell is a young Mohawk actress from the Akwesasne community in Canada. She is also a singer, songwriter, and visual artist. Kiawentiio got her start in acting when she attended an open call audition for the CBC/Netflix series Anne with an E (2019). Competing against over 200 other young Canadians, Kiawentiio won the role of Ka'kwet, an independent and resilient young girl who becomes a kindred spirit. Following her success on the show, Kiawentiio starred in the title role of the... See All