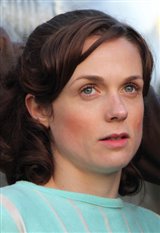 Kerry Condon is an Irish actress born in Tipperary. Having studied at the Dublin Theatre Arts School, she went to an open audition at age 16 for Alan Parker's Academy-Award nominated adaptation of Frank McCourt's Angela's Ashes and landed the role. Shortly afterwards, she made her TV debut in a two-episode arc of the BBC series Ballykissangel. At just 19, she became the youngest actress ever to play Ophelia for the Royal Shakespeare Company, in Steven Pimlott's staging of Hamlet. Her other stage... See All