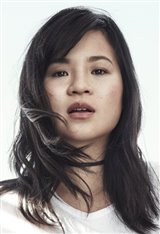 Kelly Marie Tran is an American actress best known for her role as Rose Tico in the new Star War sequel trilogy movies, Star Wars: The Last Jedi (2017), and Star Wars: The Rise of Skywalker (2019).

Later, Kelly Marie made the move to Los Angeles, where she attended UCLA. She started to make steps towards a comedic acting career, taking many improv classes. Early in her career she worked with CollegeHumor, an entertainment company that primarily produced content for YouTube, and other small TV roles and short films.

Since then, her career has skyrocketed, as a number of acting opportunities came her way.

Recently Kelly Marie has provided the voice of Dawn Betterman in the movie The Croods: A New Age (2020), and has two more animated projects with Monsters at Work (2021) and Raya and the Last Dragon (2021).

In 2017, Kelly Marie becane the first Asian woman to appear on the cover of a Vanity Fair magazine. ~Sean Olegario