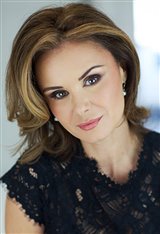 Keegan Connor Tracy was born in Windsor, Ontario as Tracy Armstrong and grew up in southern Ontario. Although she's been very successful as an actress, she actually went to school for psychology, earning a degree in Social Psychology from Wilfrid Laurier University. Tracy made her acting debut in 1997 on an episode of the TV series Viper. She continued to land guest appearances on multiple shows before securing her first ever series regular role as Audrey Malone on the Showtime Networks... See All