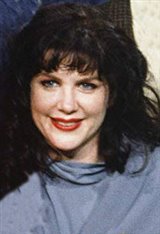 How many people can boast that they've received an official complaint from Hillary Clinton? No matter the number, Julia Sweeney can count herself among them. Bill Clinton's first lady complained to NBC following Sweeney's impression of their daughter Chelsea on an episode of Saturday Night Live. The daughter of actor Robert Sweeney, Julia began her career in entertainment in a peculiar fashion: as an accountant. She worked in the accounting department at Columbia Pictures in the mid-eighties... See All