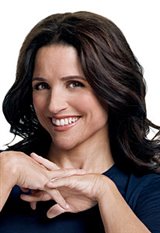 Born in New York City to writer Judith Bowles and billionaire businessman Gerard Louis-Dreyfus, Julia Scarlett Elizabeth Louis-Dreyfus is the granddaughter of the Leopold Louis-Dreyfus, founder of the Louis Dreyfus Group. Her parents divorced when she was young, and she moved to Washington D.C aged 9, where she attended the all-girls Holton-Arms School. It was there that she first discovered her love of acting. Her drama teachers Judy White and Phyllis Ehrlich ultimately influenced her progress... See All