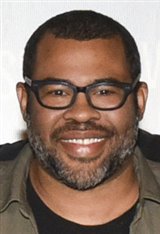 Born to a biracial couple in New York City, Jordan Peele attended Sarah Lawrence College as part of the class of 2001. Although he got his official start on screen in 2003, the 5'7" actor first appeared on television at age 15 on a March 1994 ABC News special called President Clinton Answering Children's Questions. Inspired by his own family's situation, young Jordan asked President Clinton how he planned to help households where the father was unwilling or unable to financially assist the... See All