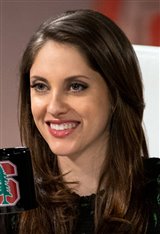 Jillian Mueller grew up in Marlboro, New Jersey. She made her Broadway debut at the age of 12 as Little Who in How the Grinch Stole Christmas in 2006, followed by a role as Fan Club Girl/Teenager in Bye, Bye, Birdie in 2009. Her most recent Broadway appearance was as Vivian Ward in the 2018 production of Pretty Woman. In 2011, Jillian made her small screen debut with a role on an episode of A Gifted Man (2011) as a friend of Monica (Samantha Futerman), one of the main characters. Other... See All