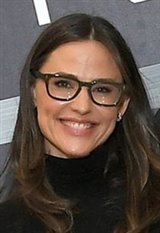 The middle of three girls, Jennifer Garner discovered through nine years of studying ballet in Charleston, West Virginia, that she had developed a love of performing. After high school, she enrolled at Ohio's Denison University to study chemistry, but switched her major to drama after realizing that performing arts were in her blood. She graduated with degree in theater in 1994 and moved to New York, where she soon landed a role in the TV movie Zoya (1995), starring Melissa Gilbert as her mother... See All