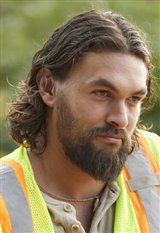 Born in Hawaii, Jason Momoa has a mixed Hawaiian and Caucasian background that gives him a unique look. Raised in Norwalk, Iowa by his mother, he moved back to Hawaii after high school, where he landed a lead role on the series Baywatch, which was being filmed in Hawaii at the time. When the show ended, he took time off to travel, then in 2003, continued his career by reprising his role in the TV movie Baywatch: Hawaiian Wedding. By the 2004/2005 TV season, he'd been cast as regular Frankie Seau... See All