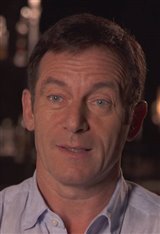 Born in Liverpool, England, Isaacs attended Bristol University where in addition to studying the law, he also managed to direct and/or star in over twenty theater productions. Upon graduation, he attended London's prestigious Central School of Speech and Drama, which led to a role as a series regular for two seasons from 1989 to 1990 on the British show, Capitol City. Beginning with The Tall Guy (1989) opposite Jeff Goldblum and Emma Thompson, theater work and some televisions appearances later,... See All