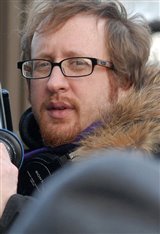 Growing up in his native Queen's, New York, Gray had visions of becoming a painter. But after viewing the work of various directors such as Francis Ford Coppola in his teens, his aspirations changed.

While attending University of Southern California School of Cinema-Television, his student film Cowboys and Angels was first seen by producer Paul Webster, who encouraged Gray to write his first feature script. Gray graduated in 1991 and set to work on his first feature film, Little Odessa. The film received critical acclaim and was the winner of the Venice Film Festival's prestigious Silver Lion Award in 1994.

For his next film, The Yards, about corruption in New York's railroad yards, Gray was nominated for a Golden Palm at the Cannes Film Festival. Yards co-star James Caan described Gray as a young Francis Ford Coppola.

In 2007, he wrote and directed the crime drama thriller We Own the Night with Joaquin Phoenix, Mark Wahlberg and Eva Mendes, and followed that with the romance drama Two Lovers (2008) starring Joaquin Phoenix and Gwyneth Paltrow.

James' most recent efforts include the award-recognized drama The Immigrant (2013) with Marion Cotillard and, once again, Joaquin Phoenix, as well as the big budget action adventure flick The Lost City of Z (2017) with Charlie Hunnam. The latter film chronicles the journey of explorer Percival Fawcett, who disappeared while searching the Amazon in the 1920s.