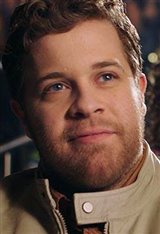 John Michael Finley was born in Jonesboro, Arkansas, the second of five children and the son of a Baptist preacher. He grew up in Lebanon, Missouri and began acting and singing while he was in Junior High. After graduation, he attended Roosevelt University’s Chicago College of Performing Arts and soon began performing in and around Chicago.

Finley has performed in several prominent theaters, including Rocky Mountain Repertory Theater, Paramount Theater, and Mercury Theater. After making the big move to New York City, he made his Broadway debut in the role of Jean Valjean in the 2015 production of Les Misérables.

While he was playing Valjean, Finley was discovered by Kevin Downes, a movie producer who recognized his singing talent and encouraged him to audition for the role of Bart Millard in his upcoming film, I Can Only Imagine (2018). Downes was so impressed that he offered Finley his first feature film role in the family drama movie about real-life American singer Bart Millard's rise to stardom through his hit single, "I Can Only Imagine."

After filming wrapped, Finley returned to the theater to play Elder Cunningham in the Book of Mormon on Broadway in 2018. Some of this other theater credits include the title role of Sweeney Todd at the Drury Lane Theater and Louie in the Mercury Theater’s production of The Christmas Schooner.