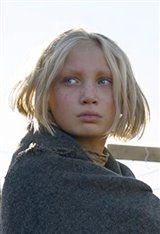 Helena Zengel is an up-and-coming German actress, but is already beginning to make a name for herself in the industry. Although her career is still young, she has already received recognition for her talents back home in Germany and also here in North America thanks to her performance in News of The World (2020) opposite Tom Hanks.

Born and raised in Berlin, Helena started her acting career at the age of five in a German music video.

At the age of eight, Helena made her big screen debut in the German movie Dark Blue Girl (2017), originally titled Die Tochter, as Luca. This was also her first lead role in a movie.

In 2019, Helena played Benni in another German movie called System Crasher, known as Systemsprenger in German. This was yet another lead role for the young German actress, one that helped her make international waves for her career.

She starred in the movie News of the World (2020) alongside Tom Hanks. Both her performance and that of and Tom Hanks have received praise from critics, even throwing her name in talks for an Oscar. ~Sean Olegario