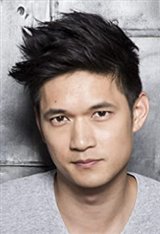 Harry Shum Jr. is a Chinese-American actor best known for his roles as Mike Chang on Glee and Magnus Bane on Shadowhunters. Harry was born in Puerto Limón, Costa Rica. He and his two older sisters are the children of Chinese immigrants. His mother is originally from Hong Kong and his father from Guangzhou, China. When Harry was six, his family moved to San Francisco, where he discovered a for dance after being dared by his friends to audition for his high school dance team. After dropping out of... See All