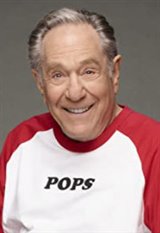 There's always been something a little odd about New York native George Segal. It's as if he's always playing a little off key so that you can recognize the song but the backbeat is off, or the melody is not quite right, or the piano is playing behind the beat. The musical metaphors are apt since as a kid Segal was a conductor and vocalist with Bruno Lynch and his Imperial Jazz Band. After graduating from college, he also put food on the table as a jazz musician—as well as janitor and usher. And... See All