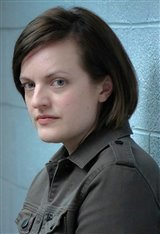 Elisabeth Moss was born in Los Angeles, California to musician parents. Surrounded by the glitz and glamour of the entertainment industry, Moss wanted to break into the business early and started the way many actors do—in commercials. At the age of eight, Moss landed her first real acting role in the television movie Bar Girls. Elisabeth spent most of her young career appearing in TV movies and guest stints on television shows. She appeared in the 1995 small screen remake, Escape to Witch... See All