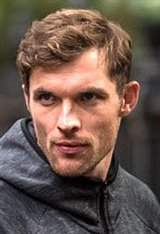 Ed Skrein may not yet be a household name in North America, but that could soon change. Of Jewish, Austrian and English descent, British rapper Edward George Skrein, standing a statuesque 6"1" (1.85 m) tall, was part of a criminal gang until he was 17, when he was stabbed and almost died.

He subsequently left the gang to receive an Honours Degree in Fine Art from Central Saint Martins at the University of the Arts in London. From there, he performed musically with groups such as Asian Dub Foundation, Plan B and Foreign Beggars before transitioning into acting.

Ed made his movie debut with a role in Ill Manors (2012), a BBC Films production about the lives of four young drug dealers. He soon gained international attention playing Daario Naharis in the third season of the popular HBO series Game of Thrones.

When it came time for the fourth season, Ed was replaced in the role by Dutch actor Michiel Huisman. While there was no formal announcement as to why the role was recast, it's believed that shooting conflicted with Ed's other work, including the feature film The Transporter Refueled (2015), in which Ed plays a younger version of the character Jason Statham originated (in The Transporter). He has since also played roles in Deadpool (2016), Alita: Battle Angel (2019) and Maleficent: Mistress of Evil (2019).

Screen International Magazine hailed Ed a “2013 Star of Tomorrow.” In his leisure time, he has used his considerable athleticism to fundraise for various charities. For the National Society for the Prevention of Cruelty to Children, he swam the English Channel, for KidsCo, an organization that works therapeutically with vulnerable children and young people, he rode 1000 miles from Land’s End to John O'Groats, more commonly referred to as from one end to the other end of Britain, and even established a Swimming Academy for Children in London.